Click here for a tactile impression of Dr. Edwards.

I am a linguistic anthropologist interested in the existential and environmental foundations of language. Broadly, my research asks how different ways of being in the world give rise to different kinds of languages. Since 2006, I have been pursuing this interest in DeafBlind communities, where new “protactile” ways of being have emerged alongside a new protactile language.  In grappling with those processes as they unfold, I have turned to theories and methods grounded in socio-cultural anthropology, linguistics, ecological semiotics, existential phenomenology, cognitive science, pragmatics, and the study of interaction. My research has been supported by the National Science Foundation and the Wenner-Gren Foundation and has been published in Language, the Journal of Linguistic Anthropology, Frontiers in Psychology, Language in Society, and other venues.

My book—Going Tactile: Life at the limits of Language—is an ethnographic exploration of life in DeafBlind communities in the United States where the main challenge people encounter is finding new tactile ways of being in the world as they lose their primary, visual sense. Historically, sighted interpreters and guides were often relied on to gain access to the environment. In the early 2010s, leaders of the protactile movement instead advanced the radical claim that hearing and vision are not necessary for things like greeting another person, joining or leaving a conversation, observing others, or being with them in silence. They argued that all human activity could be realized via touch. As this movement took root in practices, networks, and institutions, DeafBlind people who were once isolated found themselves caught up in novel patterns of interaction, navigation, and language-use. As they found new ways to talk within and about this new, tactile world, the internal structure of their language was recalibrated to it and new grammatical patterns emerged. Drawing on long-term anthropological fieldwork (30 months in total), as well as analyses of interactional and linguistic data, my book (in preparation) tells the story of what I learned about language and life as the people I knew, their modes of knowledge, and their forms of communication were, as they said, "going tactile".

For up-to-date information about my collaborators, projects, and publications, as well as relevant training and education resources, please visit protactileresearch.org. 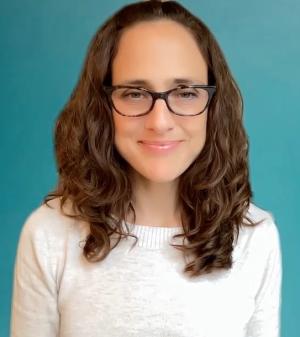 [Image Description: A white woman with shoulder-length brown hair and glasses. Her smile is friendly, but not so friendly that you would stop by her office without an appointment.]