My research of the past twenty years has been primarily on morphosyntactic and semantic characteristics of Gullah, African-American Vernacular English, Jamaican Creole, and English. However, in recent years I have focused more on the development of "Atlantic creoles" (lexified by European languages), Kikongo-Kituba, Lingala, and on questions of language evolution.

I study the development of "creoles" the way population geneticists approach speciation and the development of new species, taking into account the ecology of these processes and actually assigning it a determinative role. Common in my work are terms such as variation, feature competition, selection, selective advantage, founder population, founder principle, and adapt(ation). I analogize 'language' with 'species' (rather than 'organism'), idiolects with individuals, and structural features with genes. I assume that many changes in language happen in part because speakers accommodate each other, a concomitant of the largely lateral transmission of traits. What happens in language contact settings is not different in kind from what happens in the contact of idiolects; the development of creoles is just normal language change in sociohistorical conditions that promote focusing on language , rather than idiolectal, contact. An ecology-based model of markedness should help account for structural features that are selected into a creole, in ways that are applicable to the development of other new language varieties, for instance, North American varieties of English not associated with African Americans and indigenized Englishes. (The same model of markedness applies also to how the child acquires language, although here one must take into account cognitive maturation and the possibility that the general architecture of language is hierarchical, with some components and parameters being more essential or central than others.) My research on the development of creoles has often entailed accounting for the adaptive acquisition of grammatical functions by some lexical items, which explains my concurrent work on grammaticization.

My earlier work dealt also with kinship semantics, comparing English and Bantu systems (Lingala and Kituba in the latter case). My Ph.D. graduate work was on the role of semantics in determining the syntactic behavior of lexical items. My later publications in lexical semantics deal with the role of specifiers in determining the interpretation of nouns and verbs in use. Regarding nouns, I argue that they are not rigidly COUNT or MASS in the lexicon; speakers manipulate specifiers usefully to convey this apparently grammatical distinction in ways that reduce the typological distance between numeral-classifying and singulative languages. Part of my current research is on numeral classifiers in English. Regarding verbs, I argue that the stative/nonstative distinction is scalar, which explains in part how the classic tests fail in diverse ways. Moreover aspectual markers help determine whether a verb is interpreted statively or nonstatively. I am also interested in language typology. 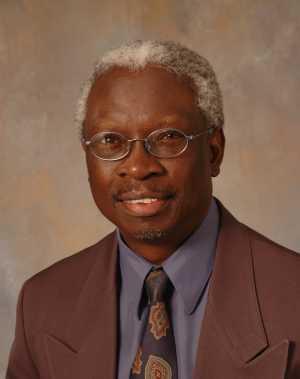