He is author of Thinking Through Cultures: Expeditions in Cultural Psychology and Why Do Men Barbecue? Recipes for Cultural Psychology (both published by Harvard University Press); and editor or co-editor of many books in the areas cultural psychology, psychological anthropology and comparative human development, including Culture Theory: Essays on Mind, Self and Emotion; Cultural Psychology: Essays on Comparative Human Development; Metatheory in Social Science: Pluralisms and Subjectivities; Ethnography and Human Development: Meaning and Context in Social Inquiry; Welcome to Middle Age! (And Other Cultural Fictions); Engaging Cultural Differences: The Multicultural Challenge in Liberal Democracies; Clifford Geertz By His Colleagues; and Just Schools: Pursuing Equality in Societies of Difference. He is the Editor-in-Chief of the recently published reference work on diversity in child and adolescent development titled The Child: An Encyclopedic Companion (University of Chicago Press).

Professor Shweder has been a recipient of a John Simon Guggenheim Fellowship (1985-86) and was selected as a Carnegie Scholar (2002). He is the recipient of the American Association for the Advancement of Science Socio-Psychological Prize for his essay “Does the Concept of the Person Vary Cross-Culturally?” He has twice been a Fellow at the Center for Advanced Study in the Behavioral Sciences at Palo Alto (1985-86 and 1995-96), where he has co-chaired a special project on “Culture, Mind and Biology.” He has been a Visiting Scholar at the Russell Sage Foundation (1990-91). He has been a Hewlett Visiting Scholar at the Stanford University Research Institute for the Comparative Study of Race and Ethnicity (2003-2004) and a Visiting Scholar at the Stanford University Hoover Institution (Spring 2005 and Spring 2006). He is a Fellow of the American Academy of Arts and Sciences. He has been a member of the MacArthur Foundation Research Network on Successful Midlife Development (MICMAC). He has served as President of the Society for Psychological Anthropology and has served as co-chair for a joint Social Science Research Council/Russell Sage Foundation Working Group on “Law and Culture” (previously named “Ethnic Customs, Assimilation and American Law”), which is concerned with the issue of the “Free Exercise of Culture: How Free Is It? How Free Ought It To Be?” For the past forty years Professor Shweder has been conducting research in cultural psychology on moral reasoning, emotional functioning, gender roles, explanations of illness, ideas about the causes suffering, and the moral foundations of family life practices in the Hindu temple town of Bhubaneswar on the East Coast of India. During the 1999-2000 academic year he was a Fellow at the Wissenschaftskolleg zu Berlin (The Institute for Advanced Study in Berlin) where he co-edited an issue of the journal Daedalus (Autumn 2000) titled The End of Tolerance: Engaging Cultural Differences.

His recent research examines the scopes and limits of pluralism and the multicultural challenge in Western liberal democracies. He examines the norm conflicts that arise when people migrate from Africa, Asia and Latin America to countries in the “North”. They bring with them culturally endorsed practices (e.g., arranged marriage, animal sacrifice, circumcision of both girls and boys, ideas about parental authority) that mainstream populations in the United States or Western Europe sometimes find aberrant and disturbing. How much accommodation to cultural diversity occurs and ought to occur under such circumstances? He has co-edited two books on this topic (with Martha Minow and Hazel Markus) (published June 2002 and April 2008) entitled Engaging Cultural Differences: The Multicultural Challenge in Liberal Democracies and Just Schools: Pursuing Equality in Societies of Difference (Russell Sage Foundation Press 2008). He is currently writing a book provisionally titled Customs Control: Un-American Activities and The Moral Challenge in Cultural Migration. During the 2008-2009 academic year he was a member of the School of Social Science at the Institute for Advanced Study in Princeton, New Jersey. In 2014 he delivered the Philomathia Lectures on Human Values hosted by the Research Centre for Human Values at the Chinese University of Hong Kong on the topic "The Cultural Psychology of Moral Thinking."

In 2016 he received a Lifetime Achievement Award from the Society for Psychological Anthropology.

When Cultures Collide: The Moral Challenge in Cultural Migration

If Someone Asserts It, Deny It: Critical Reason and Political Correctness in Social Science Research

2019 Richard A. Shweder interviewed by Ricardo Lopes on his "The Dissenter" podcast series. The 95 minute interview is titled "Morality, Haidt's Moral Foundations, and Multiculturalism" https://www.youtube.com/watch?v=o-HRrzg6sM0

2019 With Gratitude to Bob LeVine: His Scholarship, Character, Ancestral Consciousness and Tribal Lore.  Forthcoming in “The Cultural Psyche, Or the Work of Culture in Psychology: The Selected Papers of Robert A. LeVine on the Development of a Psychosocial Science" (Dinesh Sharma, Editor)

Shweder, Richard A. (2019) "Ethical Pluralism and Multicultural Exchanges" (Amber Cazzell interviews Richard A. Shweder on "The Moral Science Podcast".  The interview includes a discussion of several approaches to the study of moral psychology). Listen at: https://anchor.fm/amber-cazzell0/episodes/Ethical-Pluralism-and-Multicultural-Exchanges-with-Richard-Shweder-e5ddr3

Shweder, Richard A. (2019) "A Spirit of Two Research Circles: In Memory of Carolyn Pope Edwards".

Shweder, Richard A. (2019) "The Role of Reason in Cultural Interpretation: Some Talmudic Distinctions for Indigenous and Cultural Psychology" (In Memory of Professor Kuo-Shu Yang)  Forthcoming in Louise Sandararajan (Ed.), Global Psychology from Indigenous Perspectives.  Palgrave Macmillan.

Shweder, Richard A. (2017) ”The Risky Cartography of Drawing Moral Maps: With Special Reference to Economic Inequality and Sex-Selective Abortion” In Universalism without Uniformity, Ed. Julia L. Cassaniti and Usha Menon. The Univesity of Chicago Press: Chicago and London.

Shweder, Richard A. (2017) "The End of the Modern Academy: At the University of Chicago, For Example"  Published in the journal Social Research (Volume 84, no. 3, Fall 2017, pages 695-719). Originally prepared for New School of Social Research Conference on “The Future of Scholarly Knowledge” (October 13-14, 2016). The full text of the copy edited version of the essay is available here. The full text of the published version is available in the Post by the journalist John Tierney.

Shweder, Richard A. (2017) "Social Intelligence in a Multicultural World: What Is It?  Who Needs It? How Does It Develop?"New Persepctives in Human Development, edited by Nancy Budwig, Elliot Turiel, and Philip Zelazo, Cambridge University Press.

Shweder, Richard A. (2016) "Cracks in the Ivory Tower: A Note on Prewitt's Indirect Consequentialism". Published in "Items: Insights from the Social Sciences" (The Newsletter of the Social Science Research Council)

Shweder, Richard A. (2016)  Let Socrates Back on Campus  (Response to a question posed by the creators and managers of the Heterodox Academy website: "What change would you like to see in universities or in your academic field by 2025?"

Shweder, Richard A. (2016) "Channeling the Super-Natural Aspects of the the Ethical Life"  (Review of Webb Keane's "The Ethical Life: Its Social and Natural Histories"   HAU: Journal of Ethnographic Theory  Vol 6. no 1

Shweder, Richard A. (2016)  "Living By Means of the Law of Non-Contradiction", contribution to the Debate on "Anthropology and the Study of Contradictions"  HAU: Journal of Ethnographic Theory Vol. 6 no. 1

Shweder, Richard A. (2016) "Targeting the Israeli Academy: Will Anthropologists Have the Courage to Just Say 'No'?", Opinion Piece on Huffington Post, Huffpost Politics, March 24th 2016

Shweder, Richard A. (2015)  "In Defense of the No Action Option: Institutional Neutrality, Speaking for Oneself, and the Hazards of Corporate Political Opinions"  A talk prepared for the panel on “A House Divided:  Politics, Professional Mobilization, and Academic Freedom in American Anthropology,” November 20, 2015 American Anthropological Association Meetings, Denver, Colorado.

Shweder, R.A. (2014). "Let Me Tell You a Story About Hindu Temples and Run Away Trolleys: In Honor of Sudhir Kakar." Psychoanalysis, Culture and Religion: essays in honour of Sudhir Kakar. Dinesh Sharma, Ed. Oxford University Press.

Shweder, Richard A. (2013). "The goose and the gander: the genital wars." Global Discourse: An Interdisciplinary Journal of Current Affairs and Applied Contemporary Thought.

Shweder, Richard A. and Usha Menon (2013). Old Questions for the New Anthropology of Morality: A Commentary. (Forthcoming in a special issue of journal "Anthropological Theory" on the topic of culture and morality, edited by Julia Cassaniti and Jacob Hickman).

Shweder, Richard A. (2012). "To Follow The Argument Where It Leads: An Antiquarian View of the Aim of Education at the University of Chicago."  In Who's Afraid of Academic Freedom?  Ed. Jonathan Cole, Akeel Bilgrami and Jon Elster.

Shweder, Richard A. (2012). "Anthropology's Disenchantment With the Cognitive Revolution." In TOPICS: Journal of the Cognitive Science Society. 4(3): 354-61.

Shweder, Richard A. (2012). "The Metaphysical Realities of the Unphysical Sciences: Or Why Vertical Integration Seems Unrealistic to Ontological Pluralists." In Creating Consilience, Integrating the Sciences and the Humanities. Ed. Edward Slingerland and Mark Collard. Oxford University Press, pp 56-73.

Shweder, R.A. (2010). "Geertz's Challenge: Is It Possible to Be a Robust Cultural Pluralist and a Dedicated Political Liberal at the Same Time?" In Law Without Nations (edited by Austin Sarat), Stanford, CA: Stanford University Press 2010, pages 185-231.

Shweder, R.A. (2009). "Shouting at the Hebrews: Imperial Liberalism v Liberal Pluralism and the Practice of Male Circumcision." Law, Culture and the Humanities. 5: 247-265

Shweder, R.A. (2005). "When Cultures Collide: Which Rights? Whose Tradition of Values? A Critique of the Global Anti-FGM Campaign." Global Justice and the Bulwarks of Localism, pp. 181-199

Shweder, R.A. (2005). "From Persons and Situations to Preferences and Constraints.” This essay expands on remarks delivered on June 11, 2005 at Columbia University at a Festschrift in honor of Walter Mischel titled "Toward a Science of the Person: Paradigm Change in Psychological Models of Human Nature" (organized by Yuichi Shoda and Daniel Cervone).

Shweder, R.A. (2004). "Tuskegee re-examined.” Spiked Essays, www.spiked-online.com. A cultural anthropologist offers a counter-narrative to the infamous story of US government scientists allowing black men to suffer from untreated syphilis, and how this story is used as an example of why we need the Institutional Review Board (IRB) system.

Shweder, R.A. (2003). "Anti-Postculturalism (Or, the View from Manywheres)” In "Why Do Men Barbecue?: Recipes for Cultural Psychology." Shweder, R. A. Cambridge, MA: Harvard University Press.

Shweder, R.A. (1996) "True Ethnography - The Lore, the Law, the Lure" in Ethnography and Human Development edited by Richard Jessor, Anne Colby and Richard A. Shweder, University of Chicago Press

Shweder, R. A. (1996). Quanta and qualia: What is the "object" of ethnographic method? In R. Jessor, A. Colby, & R. A. Shweder (Eds.), The John D. and Catherine T. MacArthur Foundation series on mental health and development. Ethnography and human development: Context and meaning in social inquiry (pp. 175-182). Chicago, IL, US: University of Chicago Press.

Shweder, R.A. (1994) "Fundamentalism for Highbrows: The [1993] Aims of Education Address at the University of Chicago" Academe, Bulletin of the American Association of University Professors. Vol. 80, No.6

Shweder, Richard A. "Rethinking Culture and Personality Theory Part III: From Genesis and Typology to Hermeneutics and Dynamics." Ethos , Vol. 8, No. 1 (Spring, 1980), pp. 60-94

Clifford Geertz by His Colleagues. The University of Chicago Press. (Richard Shweder and Byron Good, editors).

Welcome to Middle Age! (And Other Cultural Fictions). University of Chicago Press.  (Richard A. Shweder, editor).

Metatheory in Social Science: Pluralisms and Subjectivities. Chicago: The University of Chicago Press. (Richard A. Shweder and D.W. Fiske, editors) (1986). 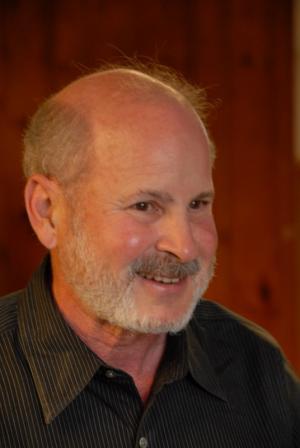