Affiliate Faculty Member in the Committee on Education,

Affiliate Faculty Member in the Center for the Study of Race, Politics, and Culture

Margaret Beale Spencer is the Marshall Field IV Professor of Urban Education in the department of Comparative Human Development. She is also an alumna of the Committee on Human Development. Before returning to Chicago, she was the endowed Board of Overseers Professor and Director of the Interdisciplinary Studies of Human Development (ISHD) faculty member in the Graduate School of Education at the University of Pennsylvania. Additionally, she was Director of the University of Pennsylvania's Center for Health Achievement Neighborhood Growth and Ethnic Studies (CHANGES), and also guided as its inaugural director, the W. E. B. Du Bois Collective Research Institute. Guiding the noted efforts and continuing to frame her scholarship, Spencer's Phenomenological Variant of Ecological Systems Theory (PVEST) provides an identity-focused cultural ecological perspective. It serves as the foundation for her gender, culture and context acknowledging, developmental race and ethnicity sensitive research emphasis. The conceptual framework addresses resiliency, identity, and competence formation processes for diverse humans—particularly youth—both in the United States and abroad.

In addition to Spencer's ongoing program of research, she frequently collaborates with groups for the purpose of applying the research findings to settings having a stated mission or purpose which addresses youths' emerging capacity for healthy outcomes and constructive coping methods. Given that the basic evaluation and applied research activities representing intervention collaborations occur in challenging contexts, the outcomes have significant implications for understanding not just the "what" of life course human development but the "why" of particular developmental trajectories.

Professor Spencer’s current focus is the development of a multi-pronged research and programming agenda designed to foster and unleash resiliency-promoting opportunities in urban neighborhoods and her surrounding communities. This Urban Resiliency Initiative (URI) is a non-profit consulting and advisory group committed to providing high-quality tools and services designed to enhance and unleash and promote the resiliency of youth and adults living in urban centers. Resiliency speaks to the ability to develop recuperative and restorative behaviors (i.e. coping behaviors) and protective processes to offset trauma, whether individually or contextually derived. URI’s principal focus is to provide multigenerational support for the four major adult oriented leadership institutions that shape, socialize and develop young people. These essential supports or “pillars” include Parenting, Teaching, Policing, and Multi-level Community Health, or to state more inclusively: Family, Education, Safety, and Universal Wellness.

Guided by principles of identity-informed leadership and purposeful wisdom goals, the URI works to positively impact the character of available adult professional supports. At the same time, it collaborates directly with community and after-school translational learning enhancing activities for affording transformative youth outcomes. The strategy is in contrast to traditional deficit-centered models. Specifically, the URI posits that all humans are vulnerable and risks and supports are unevenly distributed through society evident both historically and contemporaneously. By combining the noted cultural and context linked life course human development perspective with the dual level adult and youth legacy strategy focus, our initiative aims to maximize the potential for positive outcomes across generations and, thus, contribute to a sustainable legacy of human flourishing.

Having authored over 140 scholarly publications, edited several volumes, and provided Congressional Testimony in the nation’s Capital, Margaret Beale Spencer was recently elected into the American Academy of Arts and Sciences (2019). In addition, Spencer holds elected membership in the National Academy of Education including Board Membership. She holds Fellow status in several Divisions of the American Psychological Association (APA) as well as awarded the organization’s Life Time Achievement Award (2018); prior to that recognition by APA, in 2005 the organization acknowledged her Distinguished Contributions to Psychology in the Public Interest: Senior Career Award. She was awarded an Honorary Doctorate of Humane Letters Degree from Northwestern University, and the Diversity Leadership Faculty Award at the University of Chicago. She was named recipient of the American Psychological Association’s Division 7 (Developmental Science) 2018 Urie Bronfenbrenner Award for Distinguished Contributions to Developmental Science. She also received the Society for Research in Child Development (SRCD) Award for Distinguished Contributions to Cultural and Ecological Research. She was an inaugural Fellow of the American Education Research Association (AERA) and invited to provide the organization’s prestigious Brown Lecture. Spencer received the Alphonse Fletcher Fellowship awarded for scholarly and artistic works devoted to the legacy of the 1954 Brown v. Board of Education Decision. Margaret Beale Spencer’s scholarship has been produced with significant funding provided by dozens of Foundation and Federal Awards and funding as well as featured in national broadcasting and provided internationally by ABC and CNN.

2006 Alphonse Fletcher, Sr., Fellowship (for scholarly and artistic works devoted to the legacy of 1954 Brown v. Board of Education.) 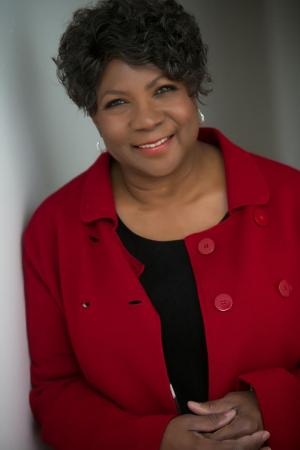