I am a social and cultural anthropologist whose work examines how personal change and individual development shape, and are shaped by, broader political, economic and cultural transformations: the unruly terrain where person and history meet. My research focuses on Africa -- specifically the island of Madagascar -- and the legacy of Madagascar’s colonial and now post-colonial encounter with France. As a consequence of my efforts to analyze the interplay between historical change and individual experience, my work addresses the substantive topics of memory and forgetting, youth and generational change, gender, sexuality, kinship and migration.

My first book, Forget Colonialism? Sacrifice and the Art of Memory in Madagascar (University of California Press 2001) examined the ritual practices that mediated peasants’ memories of the colonial past through which peasants in east Madagascar recollected some aspects of the colonial past while erasing others. It also analyzed how local practices centered on ancestors mediated peasants’ memories of the colonial past. The book offered a depiction of one community’s ways of dealing with a divisive colonial past and a theory of social and cultural memory. But the research presented in that book opened up a new question for me: How did young people who had never lived through French colonial rule imagine their futures?

My second book, Sex and Salvation: Imagining the Future in Madagascar (University of Chicago Press, 2010) took up this question by examining the relationship between youth and social change in urban Madagascar. I trace two competing paths that have become the hallmark of contemporary Madagascar as much of Africa: women’s entry into the sexual economy and their search for European husbands on the one hand, and their conversion to Pentecostal Christianity on the other. Against prevalent narratives of African youth severed from their past, Sex and Salvation showed how “newness comes into the world” not through rupture, but rather as an uneven blend of old and new, fuelled in part by people’s imagination of how change happens. Several co-edited volumes, including Generations and Globalization; Youth, Age, and Family in the New World Economy (Indiana 2007), Figuring the Future: Globalization and the Temporalities of Children and Youth (School of American Research 2008) and Love in Africa (Chicago 2009) have examined issues of youth and generations, love, gender and sexuality and their relation to social change in broader comparative perspective.

My current research focuses on African migration to Europe.  A co-edited volume, Affective Circuits: African Migrations to Europe and the Pursuit of Social Regeneration (Chicago 2016) develops the notion of affective circuits as a way to theorize the complex links that tie migrants to their kin back home.  A monograph in preparation, Giving Life: Malagasy women, French men and the Making of a Double Diaspora follows Malagasy women who migrate to France and marry French men. Set against a backdrop of tightening immigration laws and increased xenophobia, the book examines the role of cultural ideas of gender and kinship in migration.

My teaching covers a range of theoretical and substantive topics ranging from basic social theory to intensive writing practicums.  The Culture, Power, Subjectivity class is a two part sequence typically taught alternate years, which integrates basic social science theory with an empirical problem of some kind. I also teach classes on gender and postcolonialism, African mobility, and youth and generational change. My students work on wide variety of issues related to gender, youth, migration and memory.

This year I am teaching two graduate seminars, both in Winter of 2017. “Women’s Rights, Cultural Nationalism, Moral Panics: Africa and India” (co-taught with Rochona Majumdar) interrogates questions of gender and freedom/ moral panic/ differential citizenship drawing examples from India and Africa.   “Mobility and Immobility: African Perspectives and Contemporary Migration” examines governmentality and the creation of borders, the production of immobility, and the role of kinship in migration with a focus on African experience.

2010:  Sex and Salvation: Imagining the Future in Madagascar. Chicago: University of Chicago Press.

2001:  Forget Colonialism? Sacrifice and the Art of Memory in Madagascar. Berkeley: University of California Press.

2008.  Figuring the Future: Globalization and the Temporalities of Children and Youth. Edited with Deborah Durham. Santa Fe: School for Advanced Research Press. In press:  “Malagasy Migrants and the Making of a Racialized French Working Class” in African Futures: Essays on Crisis, Emergence, and Possibility. Brian Goldestone and Juan Obarrio, eds.  Chicago: University of Chicago Press

2012:  "On Generations and Aging: 'Fresh Contact' of a Different Sort" in Transitions and Transformations: Cultural Perspectives on Aging and the Life Course, ed. Caitrin Lynch and Jason Danely. Pp. 220-230. Berghahn Publications: London and NY.

2012:  “The Love of Jesus Never Disappoints:  Reconstituting Female Personhood in Urban Madagascar” for the Journal of Religion in Africa, 42: 1-24.  Special issue, edited by Astrid Bochow and Rijk van Dijk.

2011:  "A Cultural Dialectics of Generational Change: The View from Africa" in Stanton Wortham and Vivian Gaddsen. Review of Research in Education. Volume 35:60-88.

2008:  "Fashioning Distinction: Youth and Consumerism in Urban Madagascar" in Figuring the Future: Globalization and the Temporalities of Children and Youth, ed. Jennifer Cole and Deborah Durham, 99-124. Santa Fe: School of American Research. 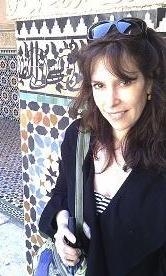