I am a cultural and medical anthropologist with interests encompassing the anthropology of science, biomedicine and psychiatry; addiction and its treatment; suggestion and healing; and post-socialist transformations in Eurasia. I am particularly concerned with the circulation of new forms of knowledge and clinical intervention produced by biomedicine, neuroscience and psychiatry. My work follows therapeutic technologies as they move both from "bench to bedside" and from one cultural or institutional setting to another, examining how they intersect with the lives of practitioners and patients.

My book Governing Habits: Treating Alcoholism in the Post-Soviet Clinic was published by Cornell University Press in the Fall of 2016. Based on fourteen months of fieldwork in St. Petersburg among institutions dealing with substance abuse, this book examines the political-economic, epidemiological and clinical changes that have transformed the knowledge and medical management of alcoholism and addiction in Russia over the past twenty years.

Two new projects, both based largely in North America, are in an earlier stage of development. The first of these, a collaboration with Stephanie Lloyd (Laval University) and researchers in the Department of Psychiatry at McGill University, examines the emerging field of "behavioral epigenetics," with a particular focus on research about suicidal risk. We are in the process of carrying out an ethnographic study to examine how neuroscientists, geneticists and psychiatrists draw upon the latest scientific knowledge to explain suicide, and how family members, in turn, take up these explanations. I have also begun a second project, which will examine how contemporary logics, practices and politics of mental health and illness intersect with class distinctions and aspirations for upward mobility among undergraduates in the United States.

From September 2007 to February 2010 I held a postdoctoral fellowship in the CIHR Strategic Training Program in Culture and Mental Health Services Research in the Division of Social and Transcultural Psychiatry at McGill University.

I also founded, edit and frequently contribute to Somatosphere, a collaborative academic weblog focused on medical anthropology at its intersections with cultural psychiatry, bioethics and science and technology studies.

I teach a range of undergraduate and graduate courses on the anthropology of medicine, psychiatry, mental illness, and subjectivity.  Previous versions of my course syllabi are available below.

Please use this form to sign up for office hours or contact me if you cannot make any of the available time-slots. Office hours are held in Rosenwald 318C (1101 S. 58th Street).

Eugene Raikhel. "Institutional Encounters: Identification and Anonymity in Russian Addiction Treatment (and Ethnography)." In Being There: The Fieldwork Encounter and the Making of Truth, John Borneman and Abdellah Hammoudi eds. University of California Press, 2009. DOI: 10.1525/california/9780520257757.003.0008 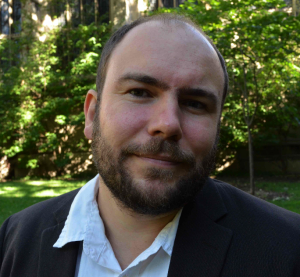