Our society is increasingly composed of multiple subcultures—ethnic, religious and political. How do these subcultural communities reproduce themselves across generations? Why are some more successful at this than others?  Professor Abdelhadi’s current book project answers these questions using the case of second-generation immigrant Muslim Americans. I trace individuals’ relationships with Muslim communities across the life course, showing the ways in which attachment is gendered at individual, household and institutional levels.

The book speaks to my broader interest in how religion influences everyday life, including political and economic outcomes. I have investigated this question from multiple angles using mixed methods. One set of projects examines when, where and how religion matters for women’s participation in the public sphere through paid employment. Another set focuses on the relationship between religious orthodoxy and political conservatism in the United States. My research has been published in Social Forces, Socius, and other social science publications.

2019 – The Hijab and Muslim Women’s Employment in the United States. Research in Social Stratification and Mobility

2018 (with Paula England) – Do Values Explain the Low Employment Levels of Muslim Women Around the World? A Within- and Between-Country Analysis. British Journal of Sociology

2017 – Religiosity and Muslim Women’s Employment in the United States. Socius 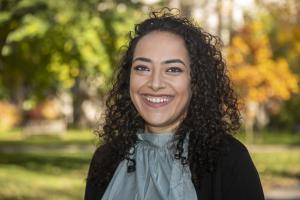